← more from
Big Crown Records
Get fresh music recommendations delivered to your inbox every Friday.

Sounding Out The City 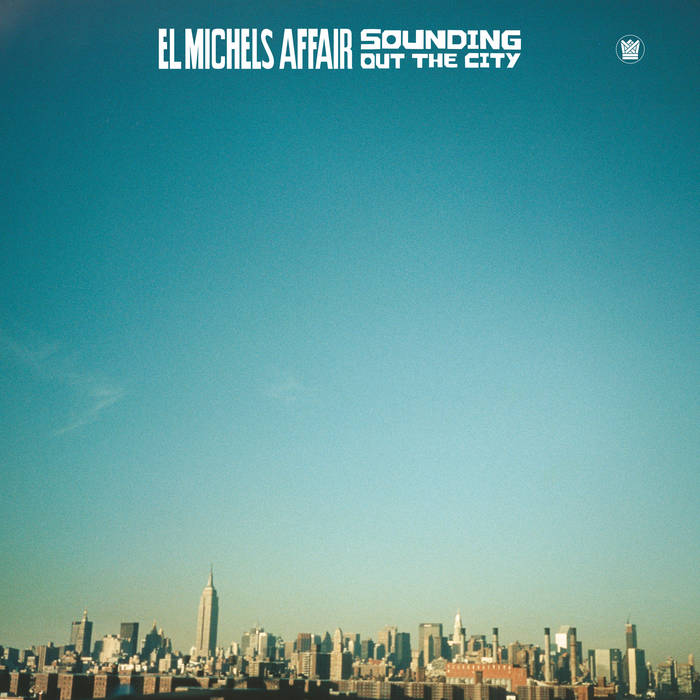 Big Crown Records is proud to present the remastered vinyl reissue of the cult classic “Sounding Out The City” by El Michels Affair.

Over 10 years ago, Leon Michels released his first full length record, Sounding Out The City. It was Michels’ first full length record under the moniker El Michels Affair. At the time, the budding retro soul scene consisted of mostly organ quartets a la The Meters and of course, Sharon Jones & The Dap Kings were in the early days of their ascent to world domination.

Leon Michels, who was 18 when recording Sounding Out The City began, had just released Thunder Chicken, the first record by his high school band The Mighty Imperials. At the time of SOTC, Michels was just discovering early rocksteady, afrobeat, and 60’s garage rock, which inevitably crept its way into the songwriting. He purchased a Tascam 388, an 80’s 1/4″ reel to reel 8 track intended for home recordings, and began recording music in a 10×10 box with no windows that also doubled as his childhood bedroom. Along with fellow Mighty Imperials Nick Movshon, Homer Steinweiss, and Sean Solomon, and Michael Leonhart, Thomas Brenneck, and some of the musicians from The Dap Kings, Michels recorded the LP over a two year period.

Upon it’s release, it received some rave reviews and the small deep funk community ate it up, but due to the lack luster promotion and distribution the rest of the world was slow to catch on to the instrumental gems featured on SOTC, which Michels appropriately labeled as “cinematic soul”. However, in 2005 it found it’s way into the hands of the people who were organizing a series of concerts for Scion that paired bands with MC’s. El Michels Affair was contacted about playing one show with Raekwon The Chef of Wu Tang Clan fame. The show was such a success it led to a tour, and then to another set of concerts that featured multiple members of the Wu-Tang Clan. This eventually led to the release of El Michels Affair’s second record, “Enter the 37th Chamber” which introduced them to a much larger audience and has been their most successful release to date.

Michels has since gone on to produce and co-produce numerous records for powerhouse soul artists like Lee Fields. He shares songwriting credits with Adele, Jay-Z, Ghostface Killah, Aloe Blacc, and has played on records by Ray LaMontagne, Lana Del Rey, The Black Keys and Dr. John.

Bandcamp Daily  your guide to the world of Bandcamp